Spending her teenage years in Austria, she soon found herself traveling and exploring different countries and cultures driven by the longing to understand through seeing. Her initial impulses evolved into constant visual research responsive to the feelings that arise through experiencing perspectives leading to a certain ‘understanding’ – her preferences aimed towards ‘overviews’.

In considering Visual Arts education at the Universität für angewandte Kunst, she decided upon the Industrial Design class since her work spanned from two-dimensional visual art to three-dimensional art as well as furniture design. After a year she was accepted at Goldsmiths University of London – the Visual Arts and Design Class of Martin Conran and Terry Rosenberg. She moved to London from 2000 to 2005 for her studies and to collect as much input and exchange with international teachers, artists and designers as possible.

During that time she spent two summers in New York as an art assistant for James Rizzi and Gines Seran Pagan.

After completing her studies in London, she returned to Vienna where she began studying philosophy, sociology and linguistics at the University of Vienna to foster and deepen an understanding of the systems and the very notions of complexity, mapping and simultaneity.

From the age of 28 she assisted the artist Jakob Gasteiger in Vienna, and has since then, parallel with her ongoing work, collaborated with visual and artistic direction on various design and movie projects. She is currently contributing art works for a cross-media project by Studio Super+ sponsored by ‚Departure‘.

Her work and outlook until now has resisted the typical path of the gallery system, mirroring her interests in mapping time and alternate systems of society, escapism, alienation and topographical cartography – In her work Klaudia investigates precisely these notions; the randomness of humanity and social codes, perception and projection, and escapism as central themes, and her activities and output can be seen as research in mapping and visualizing these fields.

Seen in this context of research, her work is a constant stream of ‘tests’, and involves various materials such as alabaster, ink, pigment, nautical varnish, binder, salt, oil, glycerine, honey… and elements provoking chemical reactions to achieve landscape-like gestures on diverse surfaces.

The work incorporates the use of geometry to categorize and sort emerging spaces including the practice of mark making and imagery in a large role. Photographs staged by herself and collected, found imagery – histories of others seen as her own – are used to connect and orchestrate visibility. 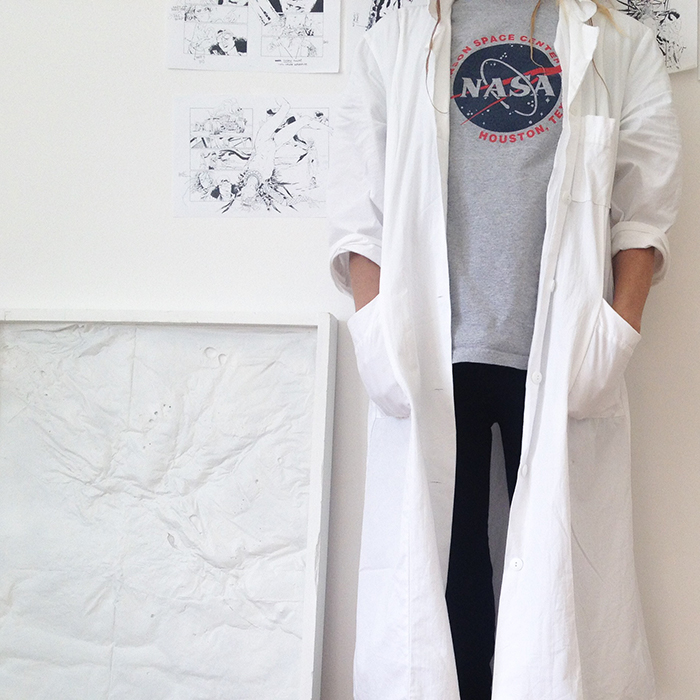 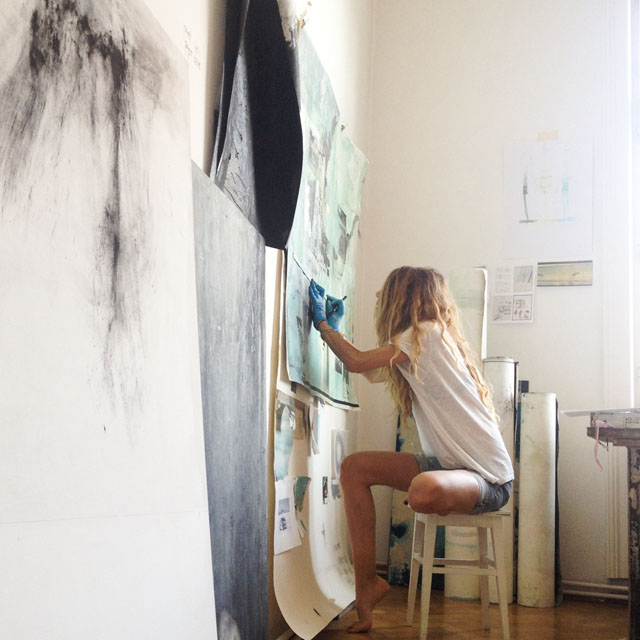